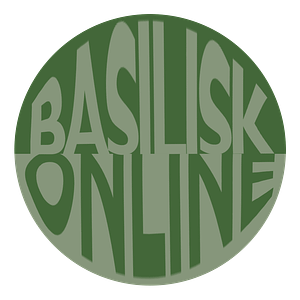 Home » TTRPG » You don’t have to buy games from assholes, there are just as many good games by better people
TTRPG | Written

I’m not a writer, so i apologize if the following statement is not as concise or well written as it could be.

I’m not a big creator, not a huge review outlet. You may or may not have heard of me, probably not. That’s fine, I still think it’s important to voice my thoughts on everything that is going down.

I’d say my first real peek at how bad it was, was the whole Green Ronin-slash-CA Suleiman thing that went down in 2017. The company issued a non apology, promised details of an investigation that never came, all while big names in the industry spoke out to lend them aid and credence to their denials. Several victims spoke out about them coming to Green Ronin leadership, and tales of the subsequent gaslighting. When Green Ronin didn’t help, the victims went public. Green Ronin’s initial response was, to be frank, gross victim blaming bullshit. The follow up that replaced it wasn’t much better. Nor were the screencaps that were posted of one of the companies founders harassing the victims on a forum. I had forayed into the AGE system, drawn on by Titansgrave. I had picked up the Critical Role supplement. But this happened. I could no longer support Green Ronin. There are great games not made by abusive companies that shield abusers.

When Vampire Fifth Edition dropped, it was a fucking nightmare. This post isn’t about that, and I don’t have the space, that is it’s own very massive post. Needless to say there is nothing there that wouldn’t appeal to an incredibly terrible person, it started with an absolutely atrocious alpha test full of nazi dogwhistles, borderline pedophilia, an incredibly unnecessary in depth set of sex-rules (that refers to protected sex as “the raincoat level” in the official rules… because we’re like 13 years old right?) and a whole bunch of other issues that ranged from small to huge. I don’t know what made it to final drafts after a serious backlash by us horrible SJWs since I refused to give the product money. However all the people that wrote those things in the first place remained to continue working on the project, nothing changed and the same assholes kept on keeping on. Thats when we got the “Anti-Gay Sections” in the Camarilla book (I mean who doesn’t like using a real world atrocity as fluff in your vampire book?) and the amazing take on mental illness in the Anarch book with their “if you commit suicide you are weak and deserving of death” message. The whole thing was a fucking shit show, but two things came out of it. I met some great people, similarly entrenched in how awful it was, and I learned about Zak S (Smith/Sabbath).

I will say, since everything has come out, all these people reeling with their “I didn’t know!” I found his name and his horrible behavior and abuse without even trying. It wasn’t hard, i looked into V5 so that I could make an informed decision, and his name and atrocities were just sitting there.

Edit 2/16/2019: Matt McFarland, who has hundreds of credits to his name under White Wolf and Onyx Path, left Onyx Path publishing in 2017 following allegations of sexual misconduct with a minor. Over the last few days, two more survivors have come forward to share their abuse at the hands of McFarland Cheyenne Grimes and Luka Carroll.

Anyway, I also learned that a lot of the higher ups in Onyx Path Publishing are quite frankly scum, abusive and unprofessional (i dont mean they said bad words unprofessional… i mean they like didn’t pay their freelancers, and then blacklisted them when they dared complain unprofessional.) White Wolf and then OPP produced and put out some of my favorite RPGs, foremost among them Scion and Exalted. But I no longer felt comfortable supporting them in anyway. There are great games not made by abusive companies that abuse and take advantage of their employees.

Now all this is going down, I discovered that Zak had consultation credit on 5E D&D, a game i speak prominently for, put alot of faith in many of the creators, do indie work for through dmsguild (which basically supports my RPG budget on Drivethru RPG and DMsGuild, I loved being able to take the money the community put into me and put it back into the community.) Despite having a rocky relationship with D&D in the past, i absolutely loved and stood for 5E. That was a let down, but when more worms started spilling out, I learned Mike Mearls, Lead Designer of 5E, not only brought Zak on board, but when approached about his abuse and harassment, he went one step further than just ignoring it. He asked for all of the details to be sent to him… and then forwarded them to Zak.

When Mandy Morbid (Content Warning for rape and extreme abuse) spoke out about Zak, and his years of abuse, in very very gruesome and explicit detail, that was apparently enough to listen. (Perhaps we should listen to victims without making them list in exacting details the horrors and abuse they suffered in the future, k? Kay. Good.) The TTRPG section of the twittersphere exploded with people condemning Zak, this came from a lot of different places for a lot of different people, some were people that had actively defended him for years, others were people that didn’t know, others were people who had been talking about his behavior for a decade while no one listened, others were victims, dozens of victims, wondering why you didn’t believe them. Through all of this, Mike Mearls and Wizards_DnD was quiet. As a game and company that i felt in many ways as a sort of unofficial ambassador, I eyed them with scrutiny and waited. Every second that ticked by made it looked worse and worse for them.

Edit 2/16/2019: Another has spoke out about Zak, Vivid Vivika‘s statement (Content Warning for rape and extreme abuse.)

Finally, a post was made. It was short. Concise. It gave me one piece of information i wanted.. well sort of. It said that Zak hasnt been affiliated with D&D besides that one stint as a consultant and it kinda sorta implied that they wouldn’t work with him again? But I would really appreciate that statement made outright. It was posted by mearls, it was partially cloaked in half-truths, referring to Zak as a “certain playtester” (he is credited as a consultant in the PHB) and then included a statement using his name in an unsearchable image of text. They vaguely offered support to people in the community who speak out against abuse without saying what that might mean. It was 5 lines long and did not address the most important thing I wanted to know, outside of “Wizards of the Coast promises to not work with Zak ever again” and that is Mike Mearls addressing his behavior when the allegations of abuse were brought before him. He still remains silent.

Wizards of the Coast has not done enough, Mike Mearls has done nothing, to address the current situation that has come out about Zak. I hold out hope, but as of right now I have plans to take my ongoing streamed D&D campaign over to Dungeon World. I plan to walk away from DMsGuild because that money goes directly into their pockets, and as of this posting, they have not done anything to assuage this feeling that I don’t feel comfortable supporting them. There are great games made by people that do not shield abusers and turn the confidential information provided by victims over to their abusers.

If it is not obvious yet, I do not and will not support companies that should be doing better to protect not just their community, but their employees. I believe victims, I support People of Color, LGBTQIA people, Women, Disabled People in gaming. I do not and will not tolerate bigotry or abuse in my community, I will not support companies and creators that I learn do not share my values on this.

So I’ve told you a lot about the asshole you don’t have to buy games from, yeah? So maybe you are wondering where are these awesome games made by awesome people? Well lemme help you: 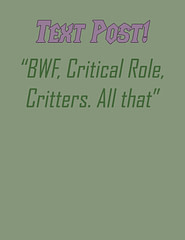